Male truck drivers might need to step aside for a new, safer breed of drivers: Women. Road safety is an ongoing issue for truck drivers, but women truck drivers seem to have a better handle on how to drive safely. Even the World Health Organization views “masculinity” as more hazardous on the road. So are women truck drivers really safer? Here we provide the answers based on a Women in Trucking (WCI) article. 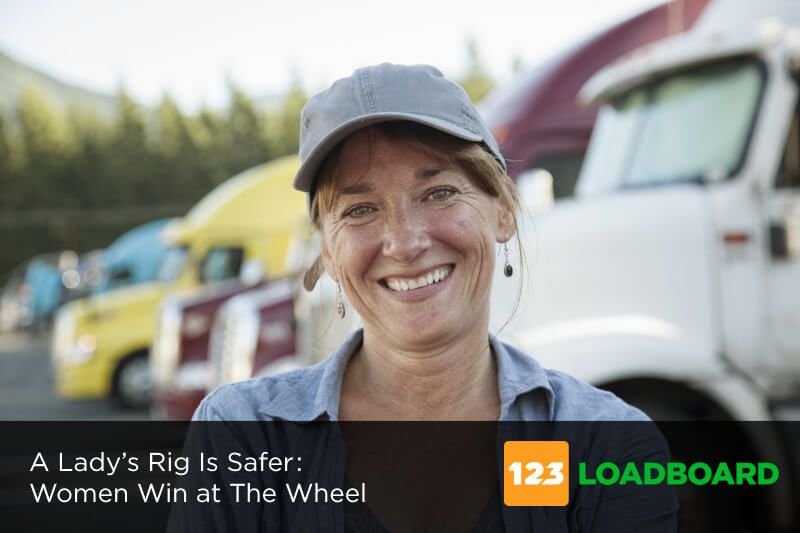 According to the National Association of Insurance Commissioners, women drivers are less likely to get into car accidents. They also tend to wear their seatbelts and avoid driving under the influence. For commercial truck drivers, only 95 female fatalities were reported by the Federal Motor Carrier Administration, out of 3,883 in 2015. This represents 2% of truck fatalities with women comprising 6% of all commercial drivers.

Female talents are not just limited to their truck driving skills. They are often viewed as being friendlier by their customers. They take better care of their vehicles and also are more detailed and efficient at completing paperwork for their jobs.

There has been an upward trend of female drivers on the road, rising from 7.13% in 2016 to 7.89% in 2017. Despite this fact, only 11% of carriers are targeting women drivers in their marketing campaigns. As well 35% of carriers don’t intend to target women for their recruitment, or will keep their recruitment ads gender-neutral. This might keep some women from feeling they can apply with many carriers. However, there are also misconceptions about women truck drivers.

For example, many carriers believe women are more focused on home than men drivers which of course isn’t the case. Interestingly it was men that listed dissatisfaction with home time as the reason for leaving truck driving jobs.

While men tend to leave for a better home life, women are more likely to leave their truck driving jobs due to safety concerns. Women In Trucking found 83% of women drivers chose trucking as their career understanding the lifestyle but were more hesitant at the dangers of equipment and concerns for their personal safety. In fact, on a scale of one to ten, women rated feeling safe on their jobs at just 4.4. Much of this is related to risks such as truck stop safety where security can be poor. As well their vehicles might be vulnerable to entry.

According to the article, the American Transportation Research Institute looked at crash causation and found women are safer commercial drivers. When it comes to accidents, male drivers were 20% more likely to be involved in a crash than their female counterparts. Women were found to be the safer drivers for all categories whether it was improper lane changes or something like reckless driving.

Perhaps more carriers should consider targeting women drivers to help not only overcome the challenges posed by truck driver shortages but also recruit drivers who have proven to be safer on the road.

Driving a big rig comes with a lot of responsibility. In fact, it can also leave you vulnerable to crimes including cargo theft. The cargo you are carrying can be a target for thieves who are looking for an opportunity to take your cargo and run. Here we offer tips on how to spot trucking thieves along the way and keep your cargo safe.