An important issue that is being heavily debated is whether or not truckers should be barred from using the left lane on large highways of three or more lanes. Advocates of increasing restrictions on truckers cite safety concerns, stating that truckers regularly using the left lane can lead to dangerous situations that put both them and other motorists at risk. 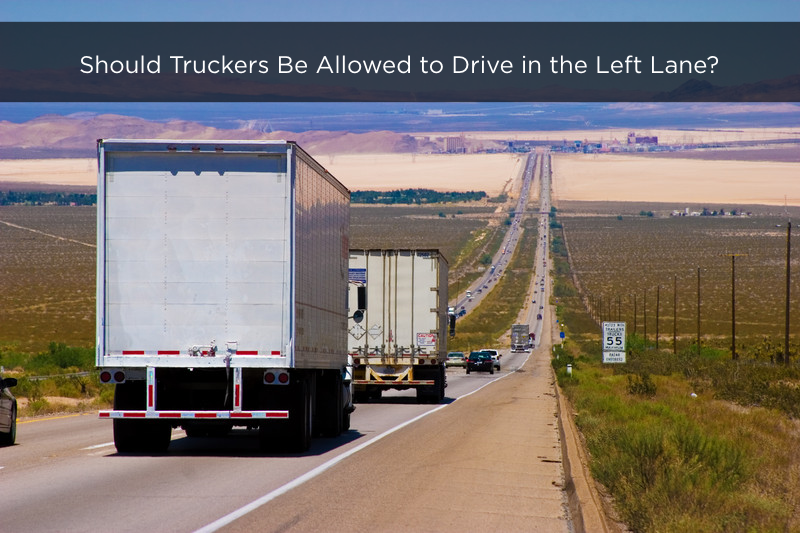 However, some representatives of the trucking industry disagree, arguing that commercial truckers generate significant revenue for highways and that they have as much right as any other motorists to use all lanes of the road. While safety is always a top priority, there are several things that all drivers should be aware of when it comes to understanding the rules of the road and proper risk management.

There are already many restrictions in place upon truckers and other slow moving vehicles preventing them from occupying the left lane of highways. So-called “slowpoke” and “lollygagging” laws in many states bar vehicles moving below the speed limit from being in the left lane or restrict the left lane so that it can be used only to pass other vehicles. These existing laws are designed to reduce the amount of danger caused by constant weaving in and out of traffic.

Will trucks driving in the left lane keep Drivers Safe?

No one understands the risks and dangers of the road better than commercial truckers that haul truck loads every day. They are better educated, more experienced, and more invested in safety than any other drivers on the road. Truckers would argue that this needs to be taken into account when considering laws that might unfairly single truckers out.

On the other hand, many advocates of new trucker rules cite statistics that show that “Keep Right” rules significantly reduce dangerous situations for all motorists. While some endangerments are unavoidable, any rules that prevent slow drivers from occupying the left lane and reduce weaving in and out of traffic make common sense. 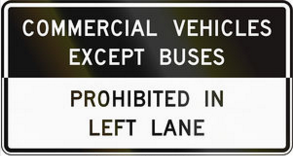 Regardless of what happens, truckers need to stay current on all applicable rules and regulations. As these safety rules can constantly fluctuate on a state-by-state basis, truckers will need to make a conscious effort to stay on top of all changes. While the specific rules of the road may change from time to time, the responsibility of truckers to look out for the safety of both themselves and other motorists remains.

The states of Kansas, Indiana, Iowa, Kentucky, Michigan, Minnesota, Ohio, and Wisconsin are teaming up and using federal funds to install a sensor system that will automatically detect where and when parking spots are open for truckers.

Burgers… Avoid This Unhealthy Option While On The Road

How Truck Drivers Can Stay Connected When Isolated on The Road