The idea of tracking and being constantly monitored on the job may not seem to cross any lines in terms of an employees’ privacy if the worker is in an office or warehouse, but there are different aspects of the job to consider when it comes to truck drivers. Big rigs have had tracking and monitoring systems for locating vehicles and controlling speed for some time, but new devices designed to monitor truckers include satellite-based tracking and cellular technology so the home office can remotely see what drivers are doing. Information used to be limited to when a trucker picked up a load, completed a delivery, and occasionally made a required report during transport. Monitoring today can be specified to a particular truck on a minute-by-minute basis. 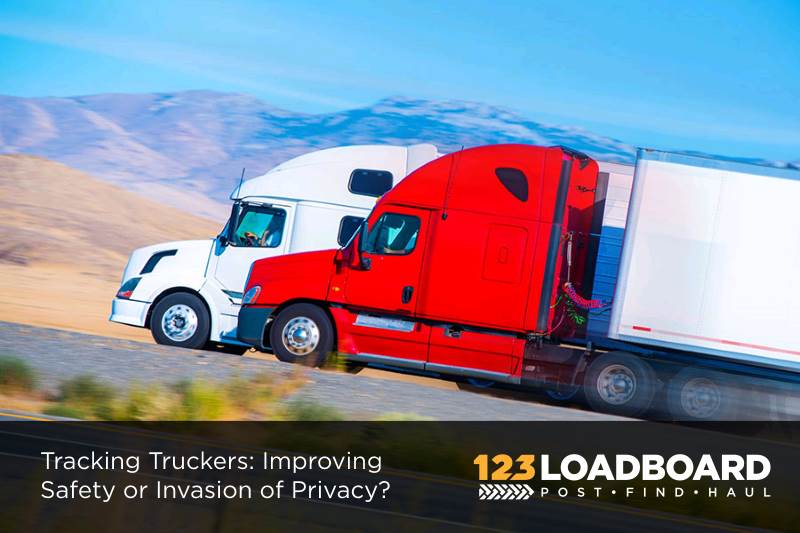 The argument has been made by some, including Sandy Hodes, senior vice president of Ryder System Inc., that the new generation of tracking devices encourage truckers to drive safer. In fact, Hodes claims that the technology not only makes the roads safer for all drivers, but that truckers don’t seem to mind the monitoring because there hasn’t been a mass exodus of drivers. In an interview with Forbes, Hodes notes,

“I haven’t heard of any circumstances where companies were losing drivers or were unable to hire because of the technologies that we have deployed.”

The problem with Hodes’ statement is that it completely ignores the details of the trucking industry. Hodes suggests that truckers who have presumably been traveling the roads for years, truckers who are making money to support their families and truckers who have possibly put a lifetime into their career, will simply quit because of new technology. In addition, Hodes, and others who support the continued invasion of monitoring every aspect of a truckers’ day, don’t seem to acknowledge truckers work and live out of their rigs.

“Having a driver-cam recording what a driver does would be the same as installing cameras in all the Swift executives’ homes,” compares driver Nancy L. Nyman in a comment on the Land Line website. “A truck is our home, so they should treat it like one.”

One web-based monitoring tool, GreenRoad, displays an in-cab visual queue in red, yellow, and green to represent driving habits. The maker of the system claims the tool results in a 60% reduction in crash costs. Hodes claims that because trucks are often blamed for crashes even when truckers aren’t at fault, the tracking tools help in fighting litigation against trucking companies concerning crashes. Even if drivers don’t agree with the level of intrusion caused by the different tracking tools, there’s little they can do about it.

Drivers’ voices seem to go unheard as they complain about technology as a spying tool, and they have little in the way of a legal argument. Multiple federal court rulings have decided employees have few rights in terms of privacy on the job.

Learn more about our Load Board

As President Donald Trump prepared to take office, he selected Elaine Chao to serve as U.S. Transportation Secretary. Chao has been a long-time supporter of a lighter regulatory arena and brings new ideas on how new technologies should be governed – to include self-driving technology.

Traits of Good Truck Drivers. Do You Have the Skills to Succeed?

How Truck Drivers Stay Entertained on The Road

Truck Detention and the Disadvantages for Truckers