As President Donald Trump prepared to take office, he selected Elaine Chao to serve as U.S. Transportation Secretary. Chao has been a long-time supporter of a lighter regulatory arena and brings new ideas on how new technologies should be governed – to include self-driving technology. The president’s selection for the lead role in the transportation department leaves companies like Google, Uber, and others with hopes of self-driving technology tools, hopeful that their projects will not be heavily regulated. 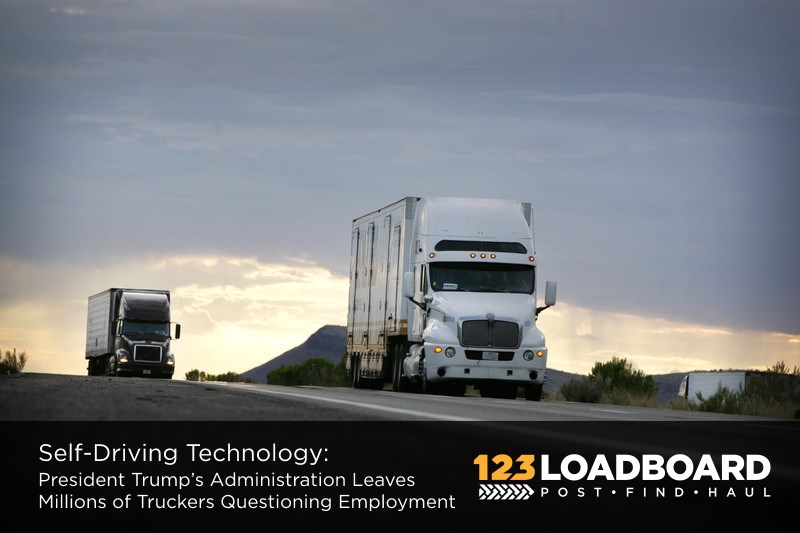 Chao has vowed to work with transportation companies to avoid regulations that would delay testing of new projects, specifically those that would move the transportation world forward. She also notes self-driving technology in cars as a way to improve safety, highlighting the fact that 94 percent of traffic crashes were due to human error. In 2015, 35,092 people died in U.S. traffic crashes, a 7 percent increase and the highest full-year increase since 1966. Fatalities were up 8 percent in the first nine months of 2016.

The challenge that America’s nearly 3.5 million truck drivers face in the midst of an auto-driven nation, is the loss of jobs to robots that can do the work at a lower cost. TheGuardian reports former Google employees have launched a startup called Otto, which offers to retrofit vehicles with driverless capabilities for just $30,000. The average salary of a truck driver is roughly $40,000 per year.

While passengers who call for an Uber driver or other driving services can decide if they’ll get into the back seat of a car operated by a computer, the labor industry will not be so selective. Experts in the trucking industry predict large companies that need to have freight hauled will be quicker to pull the trigger on letting a driverless big rig transport their goods at a cheaper rate. But, Ted Scott, director of engineering for American Trucking Associations, says drivers are a long way from passing a tractor trailer that doesn’t have a human behind the wheel.

“The human being is an excellent driver 99.9% of the time. It’s just a tiny instance every now and then that causes a problem. Computers break down more than that,” Scott says in a statement to TheGuardian. “People generally don’t like to drive around trucks even when they have a driver in them. Now you start telling them there is no driver in that truck?”

Andy Stern, the former president of the Service Employees International Union, argues that denying the possibility of driverless trucks is just ignoring the inevitable. Despite a vast shortage of truckers in America, companies still haven’t increased truck drivers’ salaries to match the growing cost of living, pointing to the likelihood that money could determine the next move of the major players in the trucking world.

The idea that machines could take the place of skilled humans is nothing new to America’s workforce, it’s just a newer idea to the transportation realm, leaving millions of truckers questioning their future. Those not yet convinced 18-wheelers could safely maneuver without a trained human in the driver seat may speak for the majority of truckers, but as Stern puts it in his statement to TheGuardian, “Maybe they are right. But when you look at the mining trucks on the roads or the convoy driving across Europe, I wouldn’t bet against it.”

Have you heard about Highway Hypnosis, also known as White Line Fever? Ever pulled into your driveway and had the sudden startling realization that you have no recollection whatsoever of the drive home, just a missing gap in your memory for the route you took, the turns you made, the stops at stop signs, yielding to other cars when appropriate, and attending to all your other responsibilities while operating a motor vehicle?