Every trucker has been there: nearing the end of their hours of service limit and with the only rest stop in range approaching, hoping that there is a parking spot available. But what happens if there isn’t a spot? What if the trucker isn’t able to take their mandated break at a rest stop? What about highway parking?

Unfortunately, this scenario happens all too frequently. Due to either a full rest stop or a closed one, many truckers are forced to seek alternative places to take their mandated breaks. On long stretches of relatively deserted highway, this often means parking on the shoulder of a highway. Every year this causes accidents when motorists collide with parked truckers who are taking their mandated break. 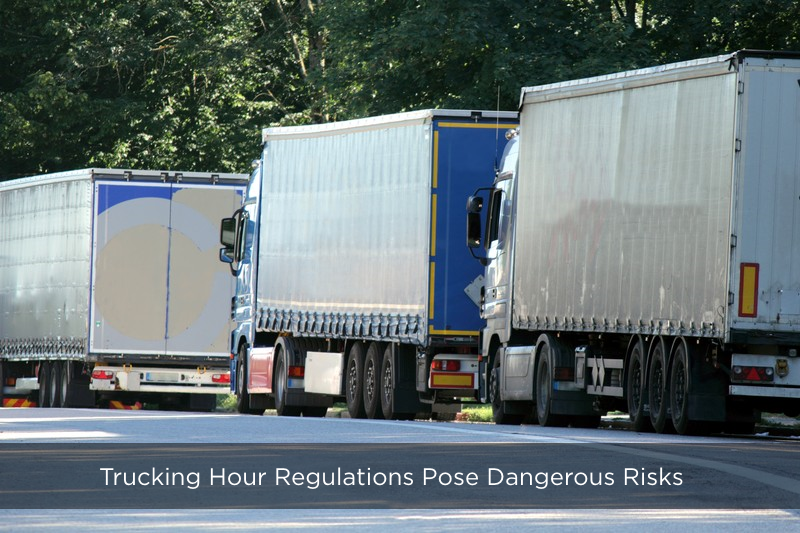 Who is to Blame for Dangerous Highway Parking Rules?

No motorist understands safety concerns and risk management as well as commercial truckers. They know better than anyone that there isn’t a simple solution to this problem. On one hand, strict hour regulations must be followed for safety reasons. On the other, parking on the shoulder of a dark highway can be dangerous and often illegal.

Law enforcement officers agree, even stating at times that truckers who are illegally parked on the side of the highway are doing the right thing if they are at their hours limit. While some motorists are angry at the endangerments that parked truckers can pose, the alternative of driving to the next rest stop for a tired trucker at their hours limit is usually even more dangerous.

What Can Be Done?

Safety obviously needs to be the top priority for both truckers and other motorists. When truckers are forced to park on the side of the road due to hours of service limits and busy or closed rest stops, proper risk management choices must be made. Truckers should be careful to park in clearly visible locations and avoid parking behind curves at all costs. Warning cones can also be placed behind parked trucks to boost visibility for other motorists.

Long term, efforts can be taken to increase both the number of rest stops and the availability of parking at those rest stops with points of interest apps, so that truckers aren’t forced to park on the side of the road. For now, both truckers and motorists should do their best to be vigilant when it comes to avoiding accidents with parked trucks on the shoulder of the highway.

Owner operators are feeling the pinch of balancing financial factors, long-term company goals, and driver wellness. Unfortunately, they most often cut corners and abuse drivers. In an industry that is tens of thousands of drivers short already, however, abusing drivers is not only wrong, but also counterproductive.