How To Protect Yourself From Double Brokering

In a perfect world, transportation logistics would be a fairly simple transaction. As a Trucker, you get the goods, you bring it to the appointed destination, the job is done, and everyone either gets paid or gets their goods. Fortunately, this scenario plays out most of the time in the world of American Logistics. However, there are times when things become a lot of more complicated for various reasons tied to greed. One of those times is when double brokering occurs. If you’ve never heard of this, you’ve been very fortunate so far, but double brokering is a dangerous practice, so we’re going to look at what it is and how to avoid it. 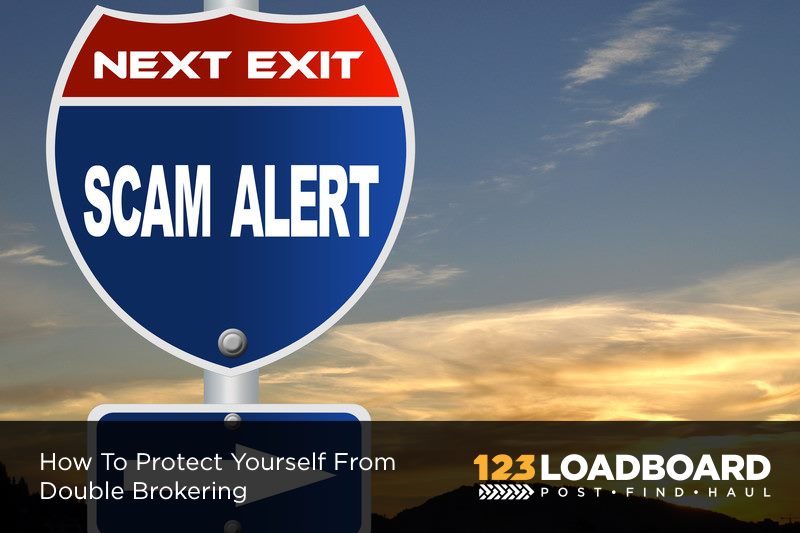 Brokering itself is not just 100% legal; it’s normally a win-win situation for everyone involved. Brokers are people or companies that other companies seek when they need cargo transported. The freight brokers then look at the logistics required for the job and use their experience and business networks to line up carriers that can handle what’s required for the job.

Under ordinary circumstances, this is fine, and it works out for everyone. Double brokering, on the other hand, is illegal. This is when there’s a breakdown in the normal chain, either on the part of the broker or the Trucker. Double brokering is when a broker takes a job, but then assigns it to another broker to find a carrier. Or, a broker assigns a job to a carrier, and that carrier then gives it to another Carrier to fulfill.

In either case, the result is the same; someone who said they were going to do a job, gives it to someone else to fulfill instead.

In the absolute, best case scenario, this is illegal for no other reason than someone who has taken a contract and agreed to fulfill it is not actually doing so. This already puts everything on very shaky legal ground, because now, there’s a real question of who is responsible for what should questions or a dispute arise.

In the “middle ground” of bad, even if everyone is honest, should something go wrong, such as an accident with the trucker, due to bad weather, or a random collision, the question of financial culpability looms large. Should the first broker be responsible because their name is on the contract or the second broker who did it? If you’re the trucker who was supposed to be hauling the freight but then gave the job to someone else, is it your responsibility, or the trucker who illegally replaced you?

In the absolute worst scenario, double brokering is deliberate fraud. A second broker or carrier has no intention of actually carrying out the job and simply disappears with the payment. They do this a few times and then dissolve the business and create a new one under a new name to start over.

The best way to avoid being victimized by a double brokerage deal is to be realistic, and not get greedy. If you, as a carrier, are offered a job that seems too good to be true, look carefully into the background of the broker making the offer, and see whether this is a reputable company with credentials, and perform a Credit Check with Thunder Funding and TransCredit. If someone you know who is a fellow trucker is offering you the opportunity to do a job instead, but it’s clear that this is not a normal, legitimate contract, pass it up.

Ultimately, the best way to avoid a double brokering scenario is stick to work, and people you know are honest as mentioned in FleetOwner. Always be cautious with new jobs that pay suspiciously well.

Ways Truck Drivers Can Avoid & Deal With Back Pain

The term “occupational hazard” was coined to refer to certain risks or dangers that were just an associated part of a job. Welders, for example, have to deal with the fact that the light of a welding torch can permanently blind the human eye. When it comes to trucking, muscle and back pain are inevitable occupational hazards for one simple reason.

Burgers… Avoid This Unhealthy Option While On The Road

How Truck Drivers Can Stay Connected When Isolated on The Road