Backhaul Loads and The Importance To Truckers

A hardworking driver is stationed in New York. He has just finished hauling a full load cross-country to southern California, putting thousands of miles on his rig. None of his motor carrier’s regular customers are in the area, so he knows of no need for a load to be hauled back (backhaul) to the East Coast. What is he to do?

If he didn’t know better he’d head home, driving thousands of uncompensated miles and putting further unpaid wear and tear on his equipment. However, in this age of new technology and connectivity, he has a better option. He can look for a return load home. 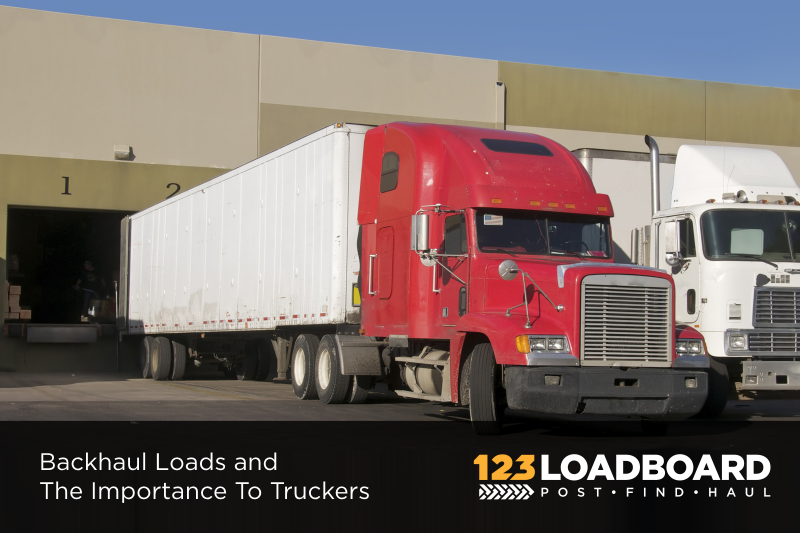 The Scoop on Backhauls

A backhaul is a load taken on return trips. The return route generally takes the driver more or less back to their home base, and provides them with some compensation for the trip. Rather than waiting an indeterminate amount of time thousands of miles from home or making an unpaid drive back to home base, drivers who use a backhaul can both get paid and head home sooner avoiding empty miles.

Usually freight brokers help arrange backhauls, getting a per-mile rate which they can use as their own margin in exchange for the convenience of getting a driver a return load. Sometimes, backhaul loads can even be hotshot loads, which are loads outside the parameters of conventional delivery that pay a premium for completion.

One of the best places to look for backhaul loads is on load boards, such as 123loadboard. This site also has a mobile app that drivers can use while on the road to quickly and conveniently find a backhaul for their trip home. Obviously, backhauls are a win for drivers, carriers, and brokers, allowing everyone to generate revenue when a trip back to home base would otherwise be a long, unpaid journey that puts unnecessary wear and tear on equipment.

Driverless Highway in the Future? The world’s first self-driving semi-truck, the Freightliner Inspiration from Daimler, was unveiled in 2015. With limited capabilities, and currently no real-life applications, it was just declared to be street legal in...