At the international LogiSYM 2017 logistics and supply chain conference in Singapore, company reps for Airships Arabia and Airships Australasia garnered a lot of attention for their Day 2 keynote presentation on the use of airships for logistics and freight shipment. 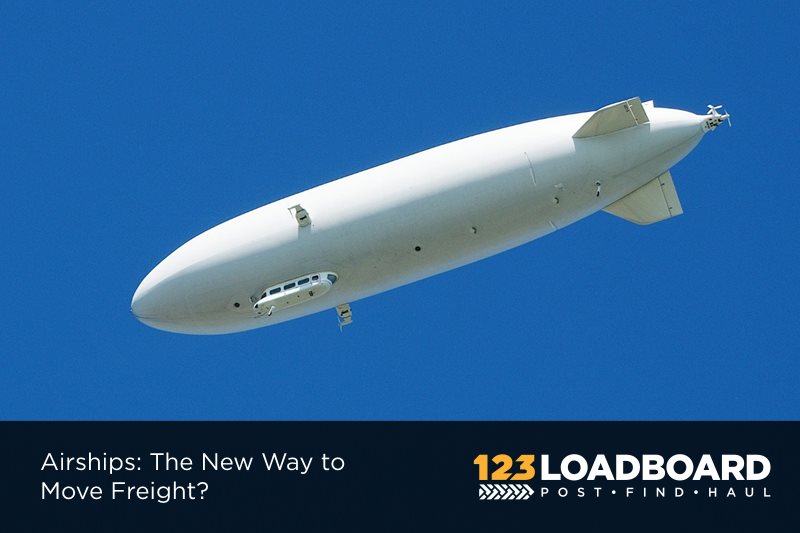 In a recent blog on Logistics Viewpoints by Bob Gill, an organizing committee member for the conference, Gill writes:

“I would guess the reason for that level of interest was hearing about a potential resurgence in a largely unfamiliar form of transportation technology. I certainly learned a lot. For instance, did you know that airships actually pre-date all other aircraft types and the first one flew way back in 1784?

That they have been in service continuously since 1901? (Luftschiffbau Zeppelin, manufacturer of the unfortunate Hindenburg, is still around and building airships in Germany today.) That there are more astronauts than qualified airship pilots in the world? And that there is a tangible business case for their use in logistics?”

Yet despite the presenters’ argument that there are potentially feasible use cases for airships in freight logistics, the process to take that notion from idea to implementation would be costly and fraught with challenges on a vast scale. The last two sentences in the quote above stand in stark contrast to each other: the fact that there are more space astronauts on the planet than there are qualified airship pilots is a strike against the idea of a tangible business model for moving freight with airships.

Presently, investments in researching and developing airship technology are centered on the “hybrid airships” that combine the lift produced by helium (that buoyant, lighter than air gas, safer than hydrogen because it’s a stable atom that doesn’t easily combust) with aerodynamic lift (produced by the engine powered forward motion of the airship against air resistance produced by Bernoulli’s principle acting on the shape of the airship’s wing, just like a traditional jet plane).

And there are no decades of research and development costs ahead for the semi-trucks that are busily carrying the lifeblood of retail and wholesale businesses from city to city. There is no costly and disruptive retooling of the infrastructure and logistical systems already in place for moving freight by truck. There are no increased regulatory challenges and compliance costs for aviation. There is no cost or time lost or aptitude barriers for upskilling a workforce of drivers to operate a flying vehicle with a commercial pilot’s license.

There is also no danger to the trucking industry of having to compete for an unrenewable resource or fight conservationist regulators to stay in business: helium. An objection may be that diesel is unrenewable, but it exists in a vast supply compared to helium and the inevitable cost of replacing trucks when old ones wear out can be spent on trucks with electric only engines, at this point a nearly foregone conclusion in the future of automotive vehicles. Helium blimps will always need helium.

Airships might be a new way to move freight. But they are likely to be restricted to very narrow use cases in which it makes more sense to use an airship, and hardly likely to disrupt the multi-billion-dollar trucking industry.

Find Freight To haul by truck

To thank truck drivers for their dedication to moving America's freight, 123Loadboard and Thunder Funding give over $1,200,000 in load board subscriptions and free first-time factoring services to carriers.